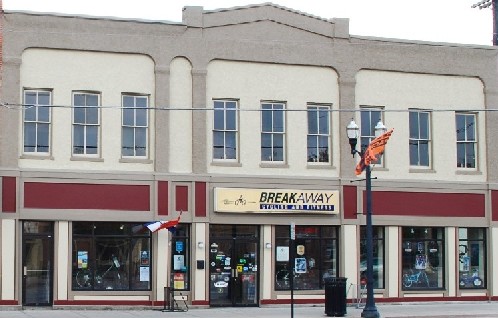 Breakaway Cycling is a bicycle store located in the town of Delaware, Ohio - about 25 miles north of Columbus. It is owned by a bicyclist. It is staffed by bicyclists. Everyone who works there rides. They commute to work by bicycle, ride in organized tours, participate in mountain and road rides, and repair their own as well as other’s bikes - in short, they know what they’re talking about.

Dan Negley is the owner and manager of Breakaway Cycling. Dan believes that one ride can change your life as he experienced his senior year in college.  After helping lead a week-long, 500 mile bike tour in the foothills of Colorado and Wyoming, with junior and senior high students for a camp near Estes Park, Colorado, he had discovered a new passion and has been involved with cycling ever since.  He’s raced road and mountain bikes, led bicycle tours, provided technical support for some of the largest rides in North America, and rides to work daily. Dan moved from Ralston, Nebraska, (a suburb of Omaha, where he managed a well known bicycle store) to start Breakaway after his twin brother, Rick, a pastor in the area, suggested that Delaware would be a good location.  After researching the area, the historic district of downtown Delaware was selected. The store opened in 1991 in a 1,500 square foot former fast food facility with 2 employees. In 1994, Breakaway moved to its current location, and has expanded to 5,500 square feet in a former car dealership, which prior to that served as a livery stable (see picture below).  Breakaway enjoys the transportation history of the building and hopes the trend of replacing cars with bikes continues! Currently, Breakaway has 8 employees, who look forward to meeting and serving you. 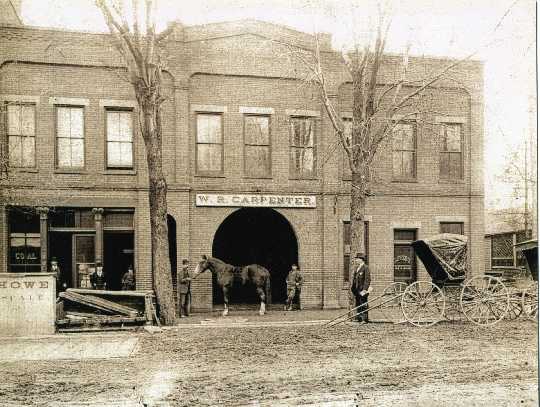 Since opening, Dan has been an active supporter of local bicycle clubs and events including tours, races and benefit rides. He is also involved professionally, having served as president of the Central Ohio Bicycle Dealer’s Association (a charter member of the National Bicycle Dealer’s Association). Locally, he participates in community development groups including Main Street Delaware, where he served as board president.  Dan is committed to bicycle advocacy and serves on the board of the Delaware County Friends of the Trail, a group dedicated to developing multi-use trails for recreation and transportation in Delaware County.

Breakaway is committed to having a knowledgeable and professional staff, so employees are all experienced cyclists and are qualified to not only sell bicycles and accessories, but also to service them. The staff includes college students to semi-retired with a diverse background of cycling experince so finding someone to relate to your needs and interests is no problem.

Where is Breakaway Cycling?

Delaware is the home of Ohio Wesleyan University, several national and even international businesses such as Grief Brothers, and Vertiv (formerly Emerson-Liebert), yet is surrounded by prosperous agricultural areas. Located in central Ohio (25 miles north of Columbus at the junction of US Routes 23, 36 and 42), Delaware sits in the middle of some of the greatest bicycling terrain in the country. To the north and west, it’s pretty flat until you get into Champaign and Logan counties. East and south find the hills of the Ohio Appalachians--which may not be high but which do have a number of 16% and 17% grades. In addition to road riding, Ohio has been rapidly developing rail trails including the Ohio to Erie Trail, which spans from Cincinnati to Cleveland, and numerous places for off-road riding. Breakaway has been actively involved in both mountain bike trail and bike path development since they opened in 1991.

Because central Ohio is such a great place for cycling, Breakaway serves a wide variety of cyclists and you benefit from that. But you also benefit from the fact that Breakaway embodies the small-town spirit of friendliness. It is Breakaway's goal that you feel not like a customer but a friend. Your purchase is not so much a business transaction as it is a mutually rewarding experience. Delaware is also a less expensive community in which to do business and that helps prices, too, which is yet another benefit.

When you come to visit us, be sure to save some time to walk around historic downtown Delaware. There are some beautifully renovated buildings and houses in the core of town and a variety of unique locally-owned restaurants and specialty stores.