Breakaway Cycling opened in 1991 and is one of the oldest bike shops in central Ohio.  Since our beginning, we have partnered with Trek, the world leader in bikes, and have attained partner dealer status and a reputation for excellent service carried out by some of the most experienced technicians. But what has always set us apart is the breadth of experience of our staff.  We have been intentional in having people with a variety of cycling experience, so that whether you are just starting out, or have been riding for years, you will find someone that can relate to you. 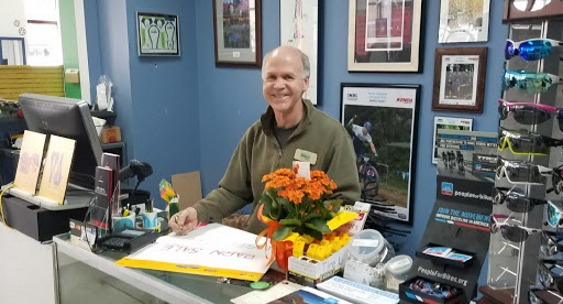 is the founder and owner of Breakaway Cycling. He has been involved in cycling since his college days when in 1980 he began leading bicycle tours for a camp in Colorado. He is a firm believer that one ride can change your life. He has raced road bikes and mountain bikes and was instrumental in the building of the original Alum Creek State Park mountain bike trail in 1992.

He is a daily bicycle commuter as he has been doing for over 30 years, and is an advocate for bicycle friendly communities, having served on the Delaware Parks and Recreation bike advisory committee, and the Delaware County Friends of the Trail (helping to complete the Ohio to Erie trail).  He has served as President of the Central Ohio Bicycle Dealer’s Association, and has attended the League of American Bicyclist’s Bicycle Summit in Washington D.C. to lobby for bicycle related causes.

He has a wealth of cycling experience that can only be gained through years in the industry. This has provided him with the knowledge to be able to repair things most mechanics have never seen or heard of. Dan enjoys vintage equipment of all types. Owning and maintaining a 1962 Studebaker Hawk that was his grandfather's has helped him appreciate classic designs and how to keep them working.  His current bikes are a 2016 Trek Domane 5.2, various "commuter" hybrid/mountain bikes, a Lemond Maillot Jaune, and a vintage 1984 Trek 660. 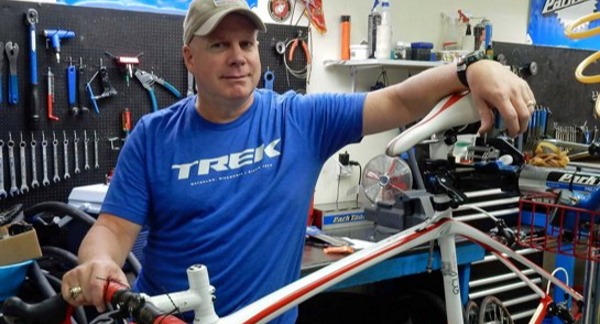 is our Service Manager. He joined the Breakaway team in the summer of 2017 having previously served in a similar position with the Trek Stores of Columbus. He acquired his bicycle knowledge upon retiring from 2 other careers and having taken up cycling as a replacement for running. He has a wealth of experiences that have made him competent to take on any mechanical problem you may have. As a retired Marine, he understands what it takes to get a job done right. His experiences as an Ohio State Trooper and investigator make him attentive to details and passionate about safety. We appreciate his insistence on cyclists wearing helmets and using daylight visible lights at all times.  Kevin's bikes are a Trek 520, which he recently rode on the Great Allegheny Passage (GAP) trail, Trek Fuel Ex 5 Plus, Trek Madone 2.3, Trek Verve, and a vintage Bob Jackson. 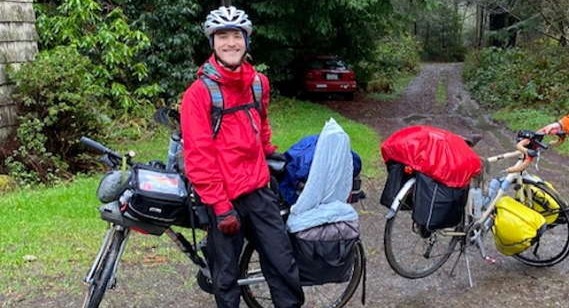 Is a recent addition to the team. After quitting his job as a software developer to ride his bike from Seattle to Mexico, he fell in love with riding and commuting by bike. Fueled by a desire to work more with his hands and learn more about bikes, Breakaway Cycling was his first choice for employment after moving to Delaware. Currently rides a Giant Escape but is excited about his recent purchase of a Trek Checkpoint SL 5.